Outer-Act is a street art project made with electronic means. Based on stencil art it aims to interrupt people’s daily automated behaviour, not with paintings, but projecting interactive characters on the streets walls. These are inspired by real individuals found on the urban landscape, however often avoided, ignored or even rejected on a regular basis.

Similar to happenings, actions are artistic interventions and work to interrupt the pedestrians routine. Unaware of what is about to happen, their movements trigger interactive characters which are projected on their way. These performances also occur in the form of street exhibitions, where location and time are previously scheduled and publicly notified. 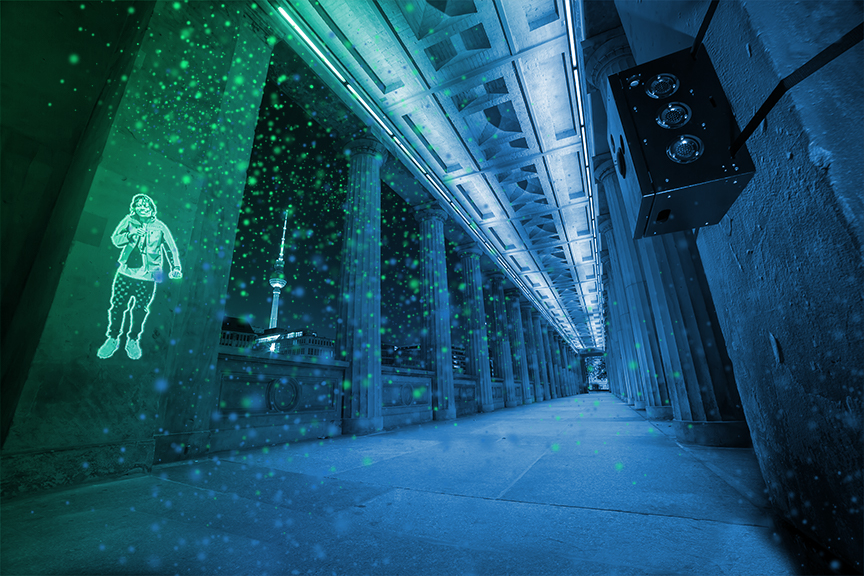 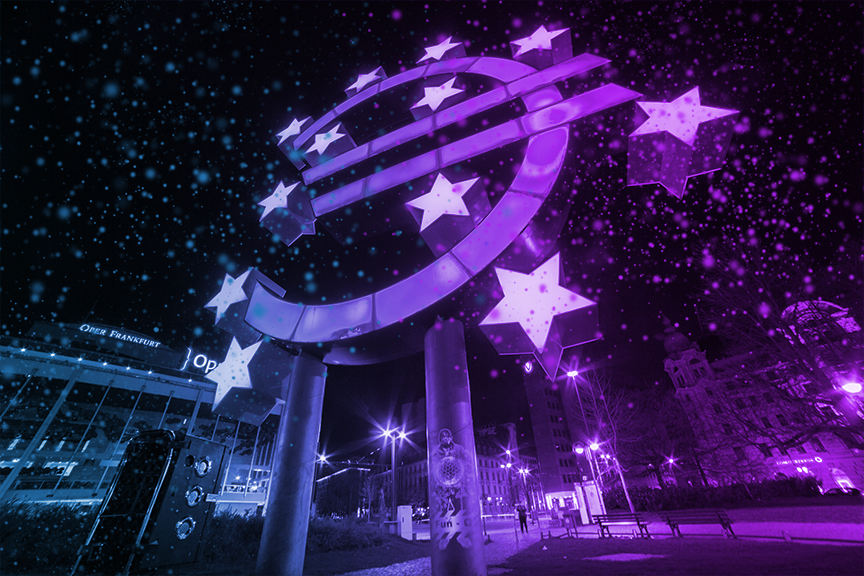 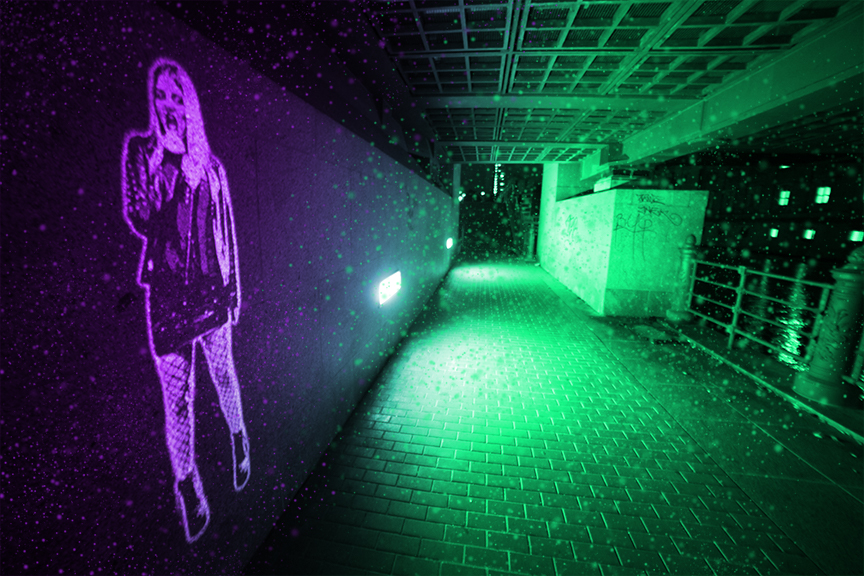 Debutof the "Street Broker". The new character is inspired bythe homeless people of Berlin and the increasing rent prices in thecity. Come and join this night to learn more about the Berlin andEuropean gentrification. Starting at 20:30.

This time the Black Box will be on wheels toroam about during the Frankfurter Luminale light festival to do some street interventions. When the sun goes down, search for the "Deliverer" at the Willy-Brandt-Platz.

celebration of 30 years of The fall of the Berlin Wall

Right after the Berliner Festival of Lights under the theme “Freedom”,new festivities are happening in the free city, mainly the celebration of 30 years of the Berlin Wall. A big panoramic projection was prepared by the event's organisation at the East Side Gallery. As a non-official participant, theOuter-Act will be exhibited over the remaining part of the Wall.Starting at 21:00.

Outer-Act is a street-art made with electronic means and unlike graffiti and stencil art, it uses video projection to interact with its viewers. This is the first exhibition and debut of the character "Deliverer". Come and join under the Rathausbrücke. Starting at 20:30. 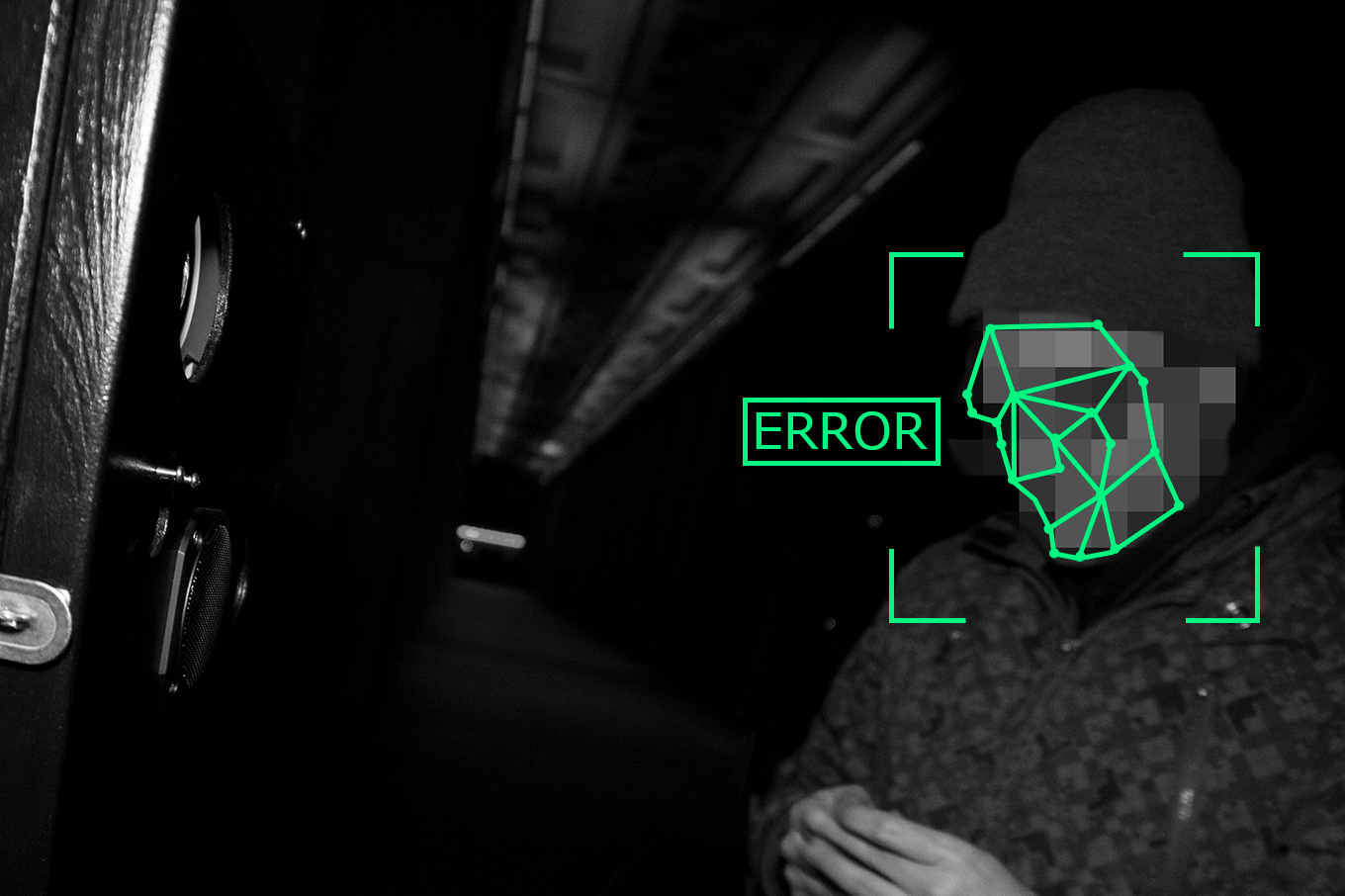 D-DUST is a media artist focused on contrasting the interaction between real individuals with digital characters in public or virtual environments. Since the begining of the 21st centuy relationships has been drawn out from public places towards the apparently more reliable online social environments. What  seemed to be a thriving achievement on the first decade of Web2 became a nightmare of data stealing, privacy invasion and massive surveillance. Outer-Act aims, with a very simple and primitive use of AI, to test people's faith on technology and reflect on relevant themes within public and virtual spaces.

"The medium is the message."
Marshall McLuhan